A discussion on moral choices

Everything from letting the Council fall 'being bad' even though it will cost ships to defend them and that the enemy is close to wiping out civilization as we know it and killing them anyways Why isn't there a paragon option of assuming; "Well they might still be okay given their ship's armour.

Unlike everyone else on the Citadel. They can weather the assault and get to life boats, surely? They can sit tight in the meantime while we dedicate resources to sabotage the enemy's designs before they slaughter us all Glad the game thinks I'm an arsehole for it by just making assumptions that the Council will just die when there's no evidence or that, and brazenly handwaving my supposed concerns of stopping the enemy at any cost.

Thanks for the natural assumption of presupposed victory if I did divert my attentions away from the ship that is about to herald the death of the galaxy Because actually addressing these questions might make a player feel uncomfortable, they literally ignore the costs of when you decide to divert forces to saving the Council Nothing in the future games of reporters saying how Commander Shepard prioritized a negligent Council responsible for a rogue agent that almost heralded the galaxy's doom at the expense of millions of innocent lives and jeopardizing the entire galaxy on their behalf.

No nascent talks about whether Spectres are a good thing given they are willing to prioritize a knowingly corrupt dictatorship over the lives of common Citadel races body-politic Heaven forbid if a game should make you feel guilty about that, or whether common people actually celebrate as a hero if you decided to prioritize the destruction of the enemy's plans.

Like how amazing would that scene had been? Aliens of all stripes, particularly their military personnel, giving you a thumbs up and shouting you a drink at the bar because you didn't prioritize the Council's safety over the success of the mission and safeguarding as many people as possible?

Actually give the game nuance and made you feel like your choices mattered Out the airlock with that idea The game actually penalizes you for it if you 'abandon' them to their fate.

Surely by saving more soldiers for the fight, that should come with some material rewards, even if the next Council looks at you a bit leery.

I wouldn't have minded if the devs had a compelling narrative reason. Or a compelling argument. Actually taken the time to explain why saving the Council was a good idea Sugarcoated by the idea 'and you still won, therefore morally correct And that's fucked up.

Why do people think these games are good, again? I mean they're fun, but they're not good. Keep in mind, bullshit like this has gameplay ramifications and continues to alter your experience of the ongoing narrative regardless of how slight. So the game was still giving me 'renegade' points on their frankly broken narrative until the trilogy's end.

And even they downplayed any importance of the Council's fall, anyways. So if the devs are people who are fundamentally fucked in the head-bootlickers, and people who I wouldn't trust with an ounce of political power--AND they don't give a shit about their own garbage story Then keep in mind that the """writers""" of this god-awful story of fucked up values and blatant handwaving made the other two games in the ongoing storyline.

And while you can moralize 'yay or nay' literally yay or nay as they treat it One way or another. The big problem and dichotomy of Mass Effect's morality systems are they're broken in between games. Which is fucked up on its own, linking moral systems to physical attributes like charm Like when, ever, in history or basic awareness of capitalism was this ever the case?

Since when is good charming? What fucked up metaphysics are they working with here?

Apparently being popular and charming is a fill in for common decency. No room for an abrasive person who actually has a point when they scoff derisively at whatever empty platitudes of privileged fuckwits spout off about when they don't have to deal with the crushing weight of iniquity, violence, and injustice.

And as fucking awful as Mass Effect is it's still a farcry better from ME2. Whereby the actions themselves are just button prompts without any definitive understanding of what exactly Shep will do.

Without understanding what the other options are in advance to choose. Which is somehow even worse than it is handled in ME1. It is chronically fucked up when you consider that the reason why they handled it like quicktime events is to make it more 'cinematic' while forgetting that it's not a fucking movie.Oct 21,  · Thankfully most of us do not come across dire situations that present a moral dilemma, but it is always a very interesting exercise to consider a dilemma and our reaction to it.

So, I now present you with a list of ten agonizing moral dilemmas, in no particular order. (Be sure to tell us what you. One of the moral choices that people have faced over the past century is to fight and kill for their country. The government only sees the need to keep existing, . Apr 30,  · First of all, I used the search tool to see if there were topics like his, I couldn't find any, but I might be horribly wrong. 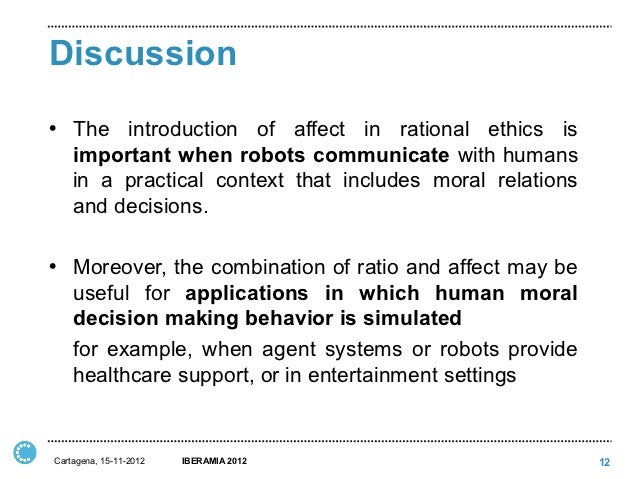 It is inexpensive and adaptable to a wide audience--both healthcare professionals and the general public. A moral decision is a choice made based on a person's ethics, manners, character and what they believe is proper behavior. These decisions tend to not only affect your well-being, but also the.

Oct 21,  · Thankfully most of us do not come across dire situations that present a moral dilemma, but it is always a very interesting exercise to consider a dilemma a Listverse Staff.

Listverse is a place for explorers. Together we seek out the most fascinating and rare gems of human knowledge. Three or more fact-packed lists daily.